What is a render farm? 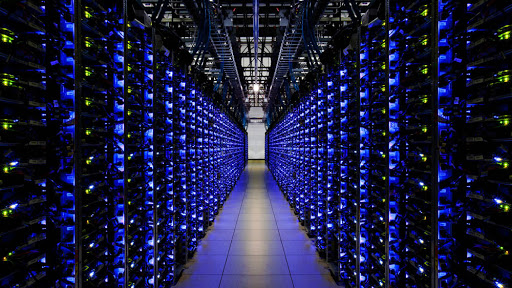 The term render farm was born during the production of the Autodesk 3D Studio animated short The Bored Room in July 1990 when, to meet an unrealistic deadline, a room filled with Compaq 386 computers was configured to do the rendering. At the time the system wasn’t networked so each computer had to be set up by hand to render a specific animation sequence. The rendered images would then be ‘harvested’ via a rolling platform to a large-format optical storage drive, then loaded frame by frame to a Sony CRV disc. The Autodesk technician assigned to manage this early render farm (Jamie Clay) had a regular habit of wearing farmer’s overalls and the product manager for the software (Bob Bennett) joked that what Clay was doing was farming the frames and at that moment he named the collection of computers a render farm.

What is a render farm?

According to Wikipedia, “...a render farm is a high-performance computer system, such as a computer cluster built to render computer-generated images (CGI), typically for visual effects in film and television. From the end-user’s point of view, a render farm is a service that provides a lot of computing power to speed up projects.”

How does it work?

The process of using a render farm is quite simple and consists of just a few steps.

The first step is to send the project to the render farm. Depending on the size of the project and the location of the render farm, this step can be done by simply copying a file, uploading the file to HTTP, FTP, plugin, or physically sending a DVD with the project.

The second step is to start rendering. At this stage, the farm software distributes the files to several of their computers and they all start editing parts of the project in parallel. To do this, each computer participating in the rendering process has its own instance of the installed and configured 3D software.

The final step is to make the rendered images or movies available to the user.

Depending on the software and configuration of the individual operations, the actual actions required to perform each step can of course vary. However, the general principle remains the same for all companies.

Are they all the same?

The different render farms all produce the same end product, but the way you can do it can be very different. Let’s take a closer look at the different ways of working.

Collaborative: Your computer network is supported by users – each user has to make his engine available for rendering other projects. In return, they are allowed to render their own projects on everyone else’s engines. The collaborative rendering farms require a moderate level of technical skill.

Home-built: The user has several computers at home and uses them together to complete the rendering. They require a high level of technical skill in setup and application, and in some cases programming is required.

Cloud/Datacenter based: You use servers from data centers for rendering. That’s why you’re the most stable option. They also require the lowest level of technical skills.

How do you benefit?

Using a render farm has some advantages, of which speed, convenience and risk minimization are the most important. I will briefly discuss some of the benefits.

Speed: If you render a project on multiple servers at the same time, you will be finished faster overall. The speed increase can vary depending on the circumstances and can be two to a hundred times faster. The best results, of course, come from rendering animations: Imagine rendering on 150 servers, each server about three times faster than a standard computer. This means that rendering is 450x faster overall.

Convenience: When you send a project to a render farm, you leave your own computer free. This means you don`t have a constant source of noise and heat running around the clock in your home or office. It also means that you can use this computer to perform other tasks.

Risk minimization: Computers can overheat and shut down or even break. It is also conceiveable that a power failure could mean that the entire work has to be repeated. The latter can get very bad if it happens the night before the project is scheduled. Render farms deal with these events in a way that is safe for the user. Even if one server or all the power fails, the rendering is moved to another computer. This means that your renderers are always ready when you need them.